Rebecca practises in the Crown Courts of the South East of England dealing with the most serious allegations. She also has significant experience in the Court of Appeal, civil and criminal applications made by the police, and inquests.

Rebecca has a very strong criminal practice and undertakes work in all areas of criminal law including murder, manslaughter, death by dangerous / careless driving, serious violence, sexual offences (including rape and possession of indecent images), drugs, fraud and arson.

Rebecca has been instructed as leading junior and has been led on many occasions. She is often involved in multi handed cases and has particular experience in questioning expert witnesses. She also has regular instructions in cases involving vulnerable clients and witnesses, including those who need intermediaries, and those who are very young or mentally unwell.

KN was charged with attempted murder. He stabbed his partner multiple times before being restrained until the police arrived. After representations were made to the Prosecution a plea to section 18 wounding was accepted.

KC was charged with another of cruelty to a child. The defendants blamed each other. This case involved consideration of voluminous disclosure from the family court proceedings, as well as third party material.

Junior Counsel, AW was charged with the murder of a neighbour by setting him on fire. The 2 men were in a dispute over money when the attack occurred outside the victim’s home. AW denied that he had intended really serious harm.

NS was accused of stabbing his on/off partner and then threatening to kill her. He denied that he had injured her at all, and stated that she had caused the injuries to herself.

Junior counsel, CC was accused of murdering his girlfriend whilst they were on a camping trip. There was no ascertainable cause of death.

JB was charged with causing grievous bodily harm with intent (stabbing) with others, although he was tried alone.

WM was charged with murdering his partner at her home during lockdown.

Leading counsel for LH who was charged with attempted murder of his partner in her home.

Leading counsel on an attempted murder, involving 5 co-defendants, acting for the first defendant.

MJ was charged with throwing ammonia in the face of his ex-partner, and associated offences of violence against her.

JW was charged with transferring a firearm and ammunition, linked to a conspiracy to murder over a drug debt.

JE was charged with 3 others with s18 GBH on an inmate when they were all housed at HMP Lewes.

Sole counsel, AK murdered his landlord after an argument between them at home.

Junior counsel on a multi handed murder of an antiques dealer who had been tortured in order to locate a diamond.

Junior counsel on a two handed murder, a stabbing during an arranged fight.

Multi handed section 18 which resulted in a quadruple amputation

JP was alleged to be involved in a drugs conspiracy by providing logistical support to a gang by hiring vehicles for them. JP denied that he had any involvement in the supply of drugs, but accepted being a user who purchased from those involved. Careful analysis of the phone evidence led the Prosecution to offer to evidence.

SG denied being involved in supplying drugs despite being found in a car where drugs were present, with her boyfriend who pleaded guilty. After serving a detailed defence statement the Prosecution offered no evidence.

IC admitted supplying class A drugs for a second time. Careful mitigation ensured he was sentenced to a lesser term of imprisonment than suggested by the Guideline. POCA proceedings followed, where the Prosecution accepted submissions on the assets and available amount, lowering both figures significantly.

KD admitted her role in a large drug supply. Due to careful representations on her role in the offence, and the reasons behind her involvement she was sentenced to a shorter term of imprisonment and the Prosecution were persuaded to discontinue POCA proceedings against her.

JD admitted being involved in a year long conspiracy to supply class A drugs with others. Despite his late guilty plea he was sentenced to a term of imprisonment that the Attorney General referred to the Court of Appeal. The Court refused the application to increase the sentence and found that it was not unduly lenient.

IE admitted her role in a conspiracy to supply drugs on a basis at an early stage. The Prosecution were persuaded to accept this and as a result she was sentenced at a much lower level than was suggested at the outset.

JM was charged with supplying class A drugs to his girlfriend, who subsequently died as a result of taking them.

SH was charged with 2 others with running an industrial style cannabis factory in a shed in her garden.

WB was accused of publishing an obscene article based on WhatsApp communications that were sent to the NCA by an anonymous source. Representations were made to the Prosecution resulting in them offering no evidence.

KR is a doctor who admitted sexually assaulting a co worker on duty. Having heard full mitigation KR was made subject to a community order.

ST was accused of failing to comply with notification requirements on release from prison. He denied that he had been informed of them and staff from the prison were cross examined to this effect.

Defended JM who was charged with sexual offences against 2 strangers on the same night.

AH was charged with rape, sexual assault, and threats to kill in a domestic setting. A details section 41 application had to be made.

PH was accused with another of allowing her children to be sexually abused and performing sexual acts in front of them.

Rebecca has been regularly instructed in high value fraud cases throughout her career as the sole advocate and leading junior.

DD admitted 2 counts of fraud dating back 6 years, causing a loss of over £600,000. He informed the victims he was using their money to purchase carbon credits when in fact he was funding his high level drug misuse. Careful mitigation reduced the sentence to one below the Guideline figure.

OB, a female of good character, was charged with facilitating money laundering of over £100,000.

LR was charged with defrauding the company she worked for out of over £200,000.

multi count benefit fraud where the defendant had been a police informant.

Rebecca has represented and advised lay defendants and Sussex and Surrey Police in applications for forfeiture of sums seized.

JC was a 17 year old who was arrested but not charged. The police applied to forfeit the money seized from him. The application was contested, requiring legal argument and the calling of evidence.

Police application to forfeit cash seized during a search of the defendants’ home.

Rebecca has been instructed by relatives, police authorities, educational establishments, medical professionals and local councils to represent their interests at Inquest.

Represented British Transport Police following a hanging from a railway bridge in London.

Represented Sussex University after a student committed suicide off campus.

Represented Brighton and Hove City Council, who employ staff concerned with the care of a lady who passed away in hospital.

Represented the family of the deceased, who had been unsupervised when he choked to death whilst eating at the care home he resided at in East Sussex.

Represented the family of the deceased, who had died following a cardiac arrest at home shortly after complaining to 2 GPs that she felt unwell.

Rebecca has undertaken work for the Nursing and Midwifery Council in relation to interim order and substantive order applications.

Recently she acted for the British Horse Racing Association.

Legal 500
Crime: “Rebecca is thorough in preparation and drafting skeleton arguments and presenting high-quality legal arguments. She quickly grasps the issues in the cases and demonstrates a detailed knowledge which strengthens her examination of the evidence and advice provided to the clients. Her advocacy skills are very strong.”
Ranked: Tier 2

Chambers & Partners
Crime: “Whether she is prosecuting or defending, she does it with the same fervour and determination.”
Ranked: Band 2

Legal 500: “She is a very meticulous advocate with a very thorough preparation process.”

Chambers & Partners: “She has a brilliant style in court and a very attractive way of presenting information.”

Legal 500: “She is always thoroughly prepared and has a very good rapport with other advocates and judges.”

Chambers & Partners: “She has developed a strong reputation for her adroit handling of cases with vulnerable complainants, defendants and witnesses, especially those who suffer from mental illness.”

Legal 500: “She is a conscientious advocate.” 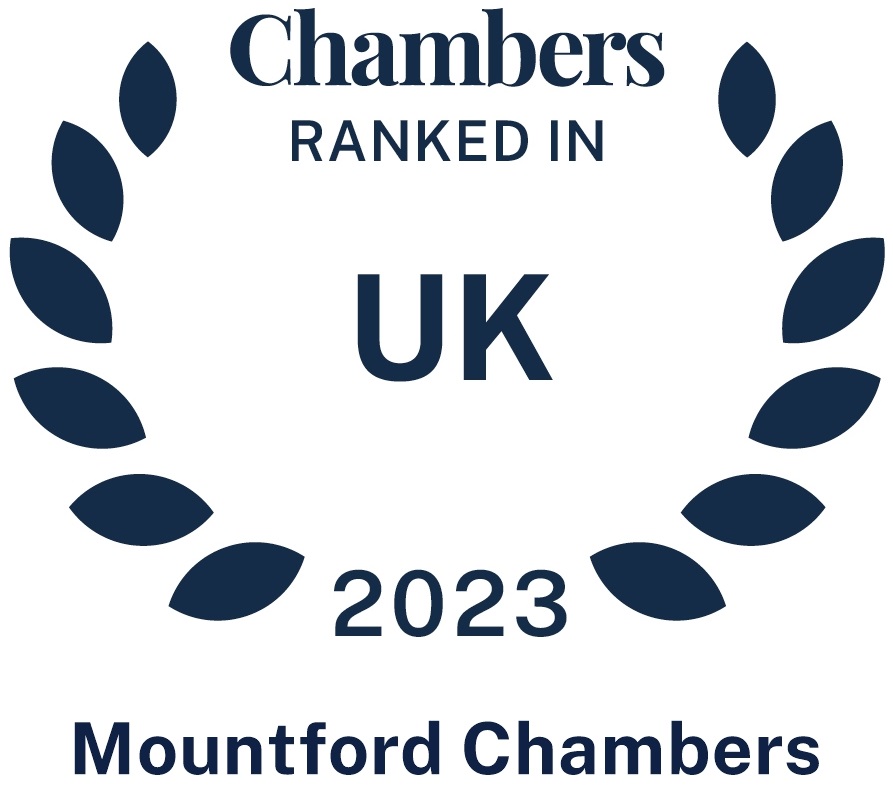