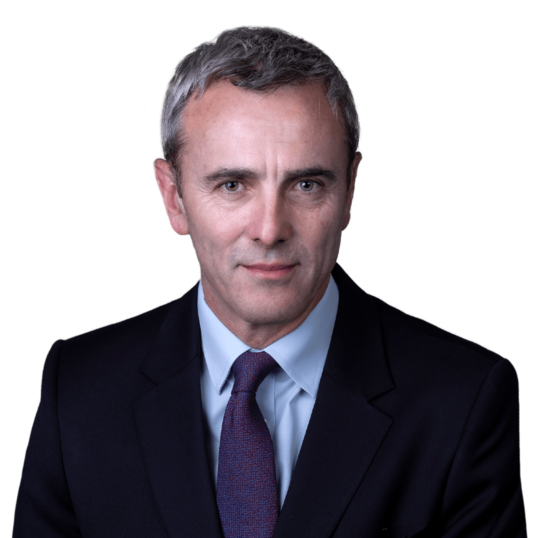 Colin Aylott KC is a leading defence silk known for his courtroom presence and impeccable strategic judgment. Since taking silk he has built a significant practice in the fields of homicide, serious crime, and complex fraud. He has appeared for the defence in numerous high profile criminal trials including the News International “Operation Elveden” prosecutions and the SFO LIBOR manipulation case.

Since taking silk Colin has been instructed across a broad spectrum of high-profile criminal cases ranging from high profile multi-handed murder trials at the Central Criminal Court, to acting for the Managing Director of a Monaco based company in the SFO Unaoil bribery and corruption investigation.

His extensive experience of serious crime work includes: murder, terrorism, and multi-handed conspiracies involving the importation and supply of class A drugs and firearms. He is one of the go-to Silks to defend in multi-handed homicide cases, particularly in cases alleging gang violence.

His fraud practice covers all aspects of complex financial crime including bribery, corruption, tax fraud, insider trading and market manipulation. Colin is frequently asked to advise prominent individuals who are under investigation and advises on all aspects of pre-charge strategy.

Colin is a sought-after Silk to defend allegations of serious crime. He defends in many of the highest profile murder trials particularly multi-handed cases involving organised criminal groups (“OCGs”).

Successfully defended a client alleged to have been part of a gang involved in a night-time raid on a commercial cannabis grow leading to the death of one of the individuals guarding the site.

Represented client aged 15 years at the time of the alleged murder. Allegations arose out of an allegedly unprovoked attack on a group with a significant backdrop of social media evidence. Client acquitted.

Central Criminal Court. Represented a 14-year-old charged with murder together with three others.

Murder case concerning a gang related drive-by shooting that was alleged to be the latest “tit-for-tat” attack in a long history of inter-gang violence. The Prosecution alleged the victim was hunted down and then executed in a daytime City Centre shooting as he was pursued and with the gun discharged three times from a moving vehicle as he fled. The case involved admissibility issues in relation to YouTube drill videos and other bad character social media evidence.

Allegation of manslaughter arising from the alleged commercial sale of the banned “diet drug” DNP. Linked allegations of money laundering. Client acquitted of all charges.

Acted for a father charged with the murder of his 18-month-old child and a further charge of attempted murder. The case involved complex psychiatric issues. The Crown accepted the defendant’s plea to manslaughter.

Murder & Conspiracy to pervert the course of justice.

Colin is a highly regarded expert in the field of complex fraud and financial crime. He is regularly instructed to defend in “big-ticket” fraud trials. He has extensive experience of defending in cases prosecuted by the SFO, FCA and HMRC and is frequently instructed at the pre-charge stage to advise board level employees and professionals who are under investigation.

Acted pre-charge for two years for the MD of a Monaco based company under investigation by the SFO. The Unaoil investigation” concerned allegations of bribery and corruption in the award of multi-million dollar contracts for the rebuilding of the Iraqi oil industry infrastructure. Colin led the defence team that included another KC. After a lengthy investigation his client was not charged.

Defended a yen cash broker in the SFO LIBOR manipulation prosecution. The case followed the SFO’s largest ever investigation and the trial attracted global media coverage. The defendant was alleged to have operated at the heart of the conspiracy to manipulate the Yen LIBOR rate via contacts at various LIBOR panel banks. The Crown asserted that the manipulation provided a UBS and Citibank trader with an advantage in numerous multi-billion yen derivatives trades. Client acquitted.

Southwark Crown Court instructed as Queen’s Counsel on behalf of a partner-level accountant charged together with three others with VAT fraud. The case concerned the alleged use of two large engineering companies that had been contracted to install broadband for BT Carillion Telent to defraud HMRC. The contracts were worth in-excess of £15m.

“Operation Banjax”. HMRC prosecution alleging a total loss to the Revenue of £86 million through VAT and duty frauds. Colin represented the principle defendant said to head the Organised Criminal Group behind the fraud.

Instructed to act for a company director charged with a complex VAT fraud. Four handed alleged conspiracy to cheat the public revenue of VAT of £35 million. The allegations concerned the use of a series of umbrella companies to steal VAT paid on company payrolls.

“Operation Chainmail & Crystallite” – Advised an Investment Banker charged with conspiracy to cheat. The allegations concerned a film investment scheme that was used by “high net-worth” individuals to offset personal tax liabilities. The scheme utilised Limited Liability Partnerships (LLPs) as investment vehicles that were allegedly created with the sole purpose of tax avoidance and used by the LLP partners to then fraudulently claim sideways tax relief against their personal tax liabilities arising out their employment.

Acted for one of the directors of the London Fields Brewery. The company was one of the first and most successful of the craft microbreweries that have been established in recent years. The defendant was charged with a range of offences relating to tax avoidance by the company. Due to the company’s high profile and strong brand image the case has attracted significant media attention. Client acquitted of all charges.

Instructed by the board and current directors of CE Limited to intervene in judicial review proceedings arising out of an SFO investigation. Former directors of the company were potential defendants in criminal proceedings giving rise to various issues relating to professional legal privilege and the R (Kent Pharmaceuticals) v SFO procedures. This was a complex multi-party judicial review with the underlying allegations relating to the use of fraudulent international holding companies to transfer ownership of various freeholds and thus circumvent UK primary legislation prohibiting the same.

Chambers & Partners
Financial Crime: “Colin knows how to get results.”
“His submissions are clear and well structured.”
Ranked: Band 3

Crime: “A very down-to-earth and excellent advocate who picks up on the details really well.”
Ranked: Band 4

Legal 500
Crime: ‘Colin is a formidable silk whose advocacy is exceptional. He has an incredible knowledge of the law.
Ranked: Tier 4

Fraud:Crime: ‘Colin works incredibly hard and has an ability to reach to the heart of the case with ease. He puts clients at ease even in the most stressful circumstances.’
Ranked: Tier 3

Crime: “Completely down to earth and goes the extra mile for his clients, exhibiting just the right amount of empathy. He is an extremely persuasive advocate.”
Ranked: Band 4

Legal 500
Fraud:Crime: “Colin is an intelligent, knowledgeable counsel and an excellent strategist. Clients respect him, peers admire him and judges find it difficult not to agree with him.”
Ranked: Tier 3

Chambers & Partners
Crime: “An excellent jury advocate who is well respected by judges and other counsel. He is especially strong at murder cases.” “An excellent prosecutor.”
Ranked: Band 3 This was an extremely grave, difficult and delicate case involving many defendants with complex elements of evidence. The child client…